An oasis in the marshlands of Polesia, Yurevichi was a small town surrounded by forests and the Pripyat Marshes and dominated by a rain-soaked autumn, a harsh, snow-covered winter and a flooded, swampy spring that rendered the region virtually impassable for most of the year. Located 168m above sea level near an important East-West trade route between Poland and the Black Sea, the town was pillaged and destroyed by Mongols and Tartars in the medieval period and invaded and occupied by Napoleonic, Russian, German, Bolshevik and Polish forces during modern times.

This is the story of the Jewish community in Yurevichi as it existed prior to World War II.

Not the Same As 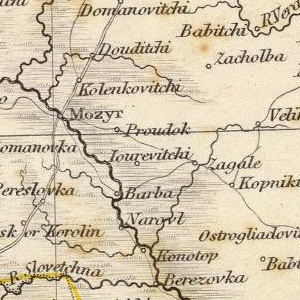