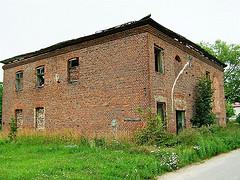 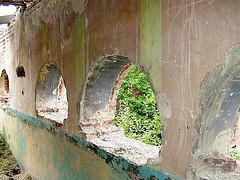 Above: The Ezrat Nashim

At the beginning of the 20th century a synagogue was built, but in 1937 the wooden building was burned to the ground and eventually after several years was reconstructed in bricks.

During WW2 the Nazis devastated the synagogue. The building survived because the Nazis used the building as a stable for their horses.

After the war, the synagogue was used as a community center.

It was rebuilt after 1960 as a movie theatre, and since the mid-90s is abandoned in disrepair.

Currently is preserved only partially. In place of the Aron HaKodesh someone pierced the doors. Outer decoration, preserved in the form of outlines, now bricked up tall, curved windows completed on the eastern wall. 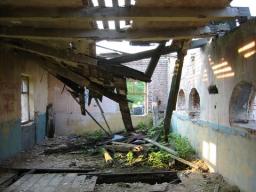 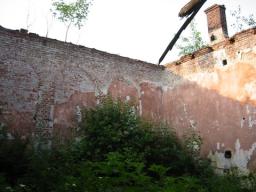 Above: Inside the synagogue (picture Shay Cheruti 2006 visit)